For many looking to move to or invest in the Nevada side of Lake Tahoe, comparing Incline Village versus South Lake Tahoe is common. Right off the bat, from a strictly dividing line perspective, it’s important to note that South Lake Tahoe, the city, actually resides in California.

The Nevada-side town on the south shore is, appropriately enough, called Stateline. It actually spans the state border, and it abuts South Lake Tahoe. When people talk about South Lake, they’re generally talking about the area, South Lake Tahoe, the city, as well as Stateline. And in truth, that touch of Nevada gives the area much of the character this part of Tahoe is known for, which we’ll get to shortly.

Incline Village, on the other hand, refers specifically to the actual town, as separate from any neighboring area, like Crystal Bay to the west. To look at a map, you’ll see that Incline is somewhat geographically isolated and sits completely within the Nevada border.

Also worth noting are that much of what differentiates these areas is due to the fact that there are a lot more people in South Lake than in Incline: roughly 22,000 versus roughly 8,700 respectively.

Incline and South Lake, as the locals might abbreviate them, sit at opposite shores: South Lake Tahoe, fittingly, is located on the south side, and Incline is on the north shore. The shortest and quickest way between them is along the mostly uninhabited East Shore: 27 miles that takes about 40 minutes to drive, on a clear day.

If we’re painting with generalizing broad strokes, Incline Village is low-key, chill, and South Lake is glitz and glam. Like we mentioned up top, even though most of the inhabited South Shore is in California, it’s much more culturally aligned from what you’d expect in Nevada.
The area is characterized by a lively nightlife, with flashy casinos to spur the action on. And shoppers especially delight in the expansive of opportunities offered in Heavenly Village, which is adjacent to the massive Heavenly ski resort. So, if you like some hustle and bustle in your mountain living, head south.

Where South Lake is bright lights, Incline is low lights: it shares the cultural tone of the rest of the north shore: daytime activities take priority and evenings are the time to wind down and perhaps enjoy a nice dining experience or time by the fire. Casino life is here—it’s Nevada after all—but it keeps a low profile.

Interestingly enough, early kings of casino entertainment chose nearby Crystal Bay to stake their claim: Dean Martin and Frank Sinatra bought into the CalNeva there back in the 1960s.

While Incline doesn’t boast the shopping mall appeal found in the Village across the lake, town center offers everything you need for daily life. And, Reno, Nevada, is only a 45-minute drive away. There you’ll find a whole city’s worth of shopping and culture, as well as an international airport.

If there’s one way that these two areas have a fair amount of crossover, it’s in outdoor life options. In either area, you’ll find an abundance of opportunity for water sports, trail sports, skiing, and golf. In the summer months, that means you’re likely to find favorite spots and activities wherever you plant yourself.

During winter on the South Shore, the skiing is dominated by Heavenly in town and Kirkwood isn’t far away. Heavenly famously allows skiers to glide between California and Nevada, and offers breathtaking views of Lake Tahoe. Over in Incline, Diamond Peak is your local resort, with the expansive and high elevation Mount Rose close by.

On the day-to-day, there’s one big distinction that really sets Incline apart, especially for residents, not just from South Shore but from the rest of Lake Tahoe as well.

Incline is the only planned community at the lake. As part of that, there are several resident perks: private beaches and docks, local golf courses, and a community center. This serves to both strengthen community bonds and to enhance the experiences of those who commit to calling Incline home.

Beyond the resident perks, the planned aspect of Incline does give it a much more neighborly feel than many other areas of Lake Tahoe. So, while many people find this a great place to vacation or enjoy a second home, Incline Village is also a comfortable and welcoming place to live full time.

The fact that all of Incline is in Nevada also means that Incline residents are Nevada residents. They enjoy the excellent tax benefits of the state, including no state income tax. This is sharply contrasted by California’s state income tax, which is the highest in the nation: upward of over 13% on income over $1 million.

The beauty of Lake Tahoe is that—in addition to the area being actually stunningly beautiful—there’s a little bit of something for just about anyone.

Fortified with a bit of insider knowledge, you’ll be set to discover which vantage point of this epic destination is best for you.

Whether it’s the showier South or the mellower north, you can enjoy Big Blue in whatever way suits you. 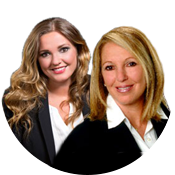 A Message from Carole & Jenna regarding COVID-19
View Message
X